Can y'all tell I have really lost interest in blogging since my computer took a nosedive out of Bobbie's arms?  I'd come up with an excuse, and having two small children probably does have a lot to do with it, but in truth I'm not even really reading blogs these days (except for Erik's), much less writing them.

Still, every once in a while, something comes along that piques my interest.

We took a walk today up along NW Military Hwy, to check out a former Whataburger Bobbie and I had looked through the windows of a few weeks back.  This time, I had a camera, and thanks to my kid's eagle eye, I realized it was even more interesting than I though to begin with.

(Please forgive the way some of these photos are shimmery; they were all taken through the windows.) 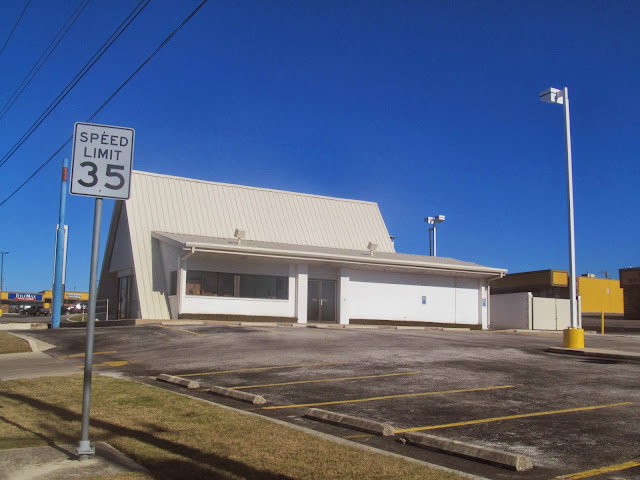 From the get-go I was calling this a Phantom Whataburger because it's been painted-over in white.  This isn't one of the real old-school A-frame buildings, but it's an evolution of that design, and in Texas A-frame means Whataburger.  Were this a working restaurant, the siding on the A-frame itself and the roofs of the other part would be orange-and-white striped.  They've clearly done all they can to ensure no one mistakes this for a current store. 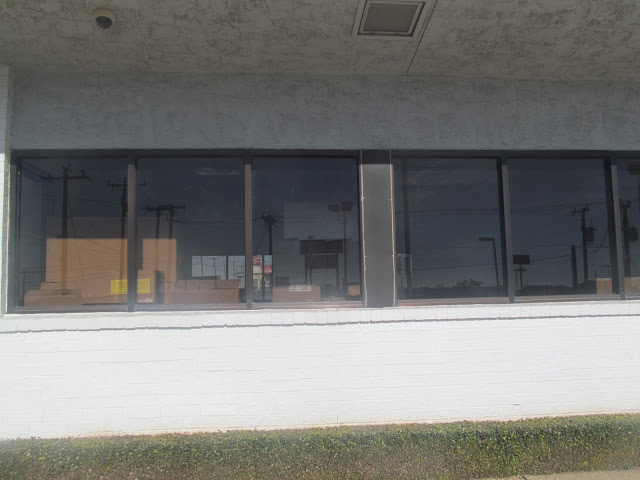 Get a little closer (sorry about the reflections) and you can tell it's a bit odd.  There's a bunch of stuff in this building still.  I'm not entirely sure when this one was closed down, but we've been here since June 2012 and it was closed before we moved in. 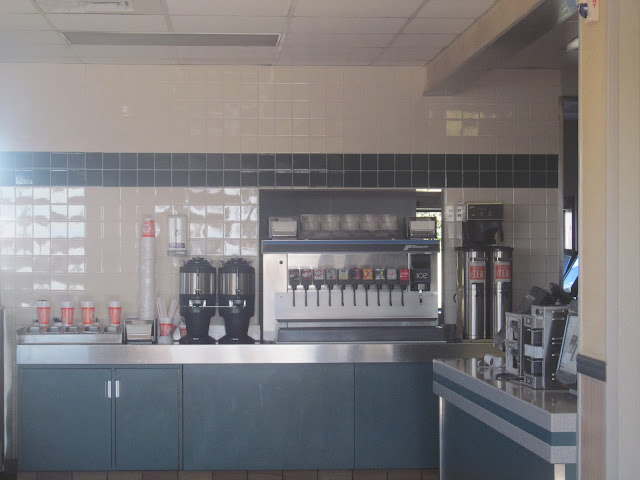 This is what first struck me as weird when Bobbie and I stopped to peer through the windows the first time.  That's the beverage station all set up for use.  Not just the soda fountain, but the tea and coffee urns, an extra stack of cups, napkins and stir sticks aplenty.  It looks as though they just walked out one day expecting to return but never did. 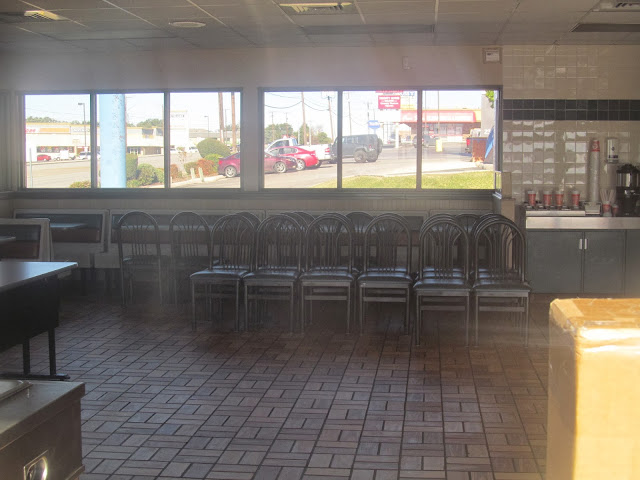 Rows of chairs and cleared-out tables make it obvious that was not the case, however.  There are some other really large things in here that I thought to begin with were fryers or what have you, but on closer inspection today the kitchen seemed to be intact, so I'm not sure exactly what they are. 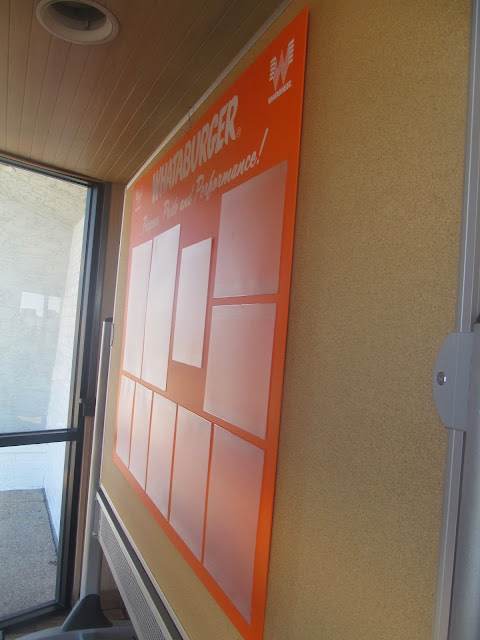 Billboard with some employee-aimed something-or-other blocking the building's front entrance.  Old people love them some Whataburger; I'm betting it was quite the shock to have to learn to go a little further down the street to the new one they built. 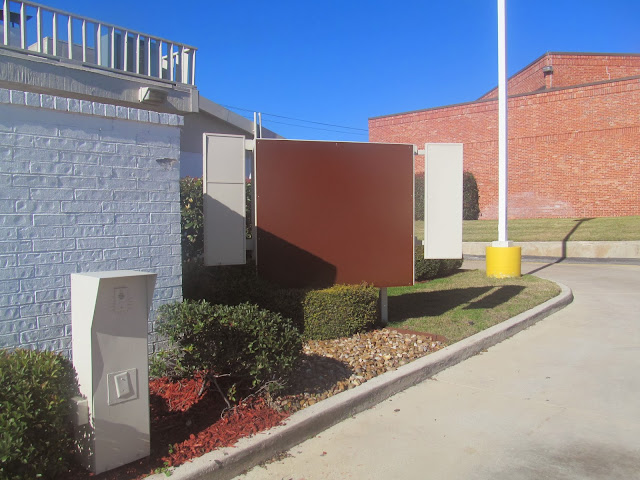 I probably had a lot more fun than I should have walking through the drive-thru.  This is the menu board--it looked covered up rather than disassembled--and the speaker box. 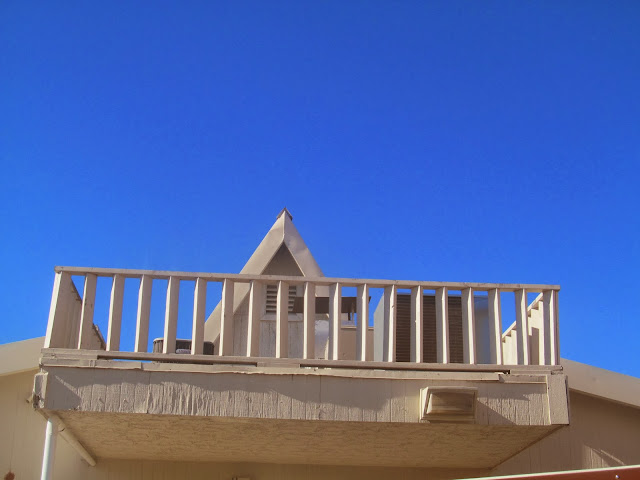 This is here just because I never noticed the little balcony at the back of these older buildings before. 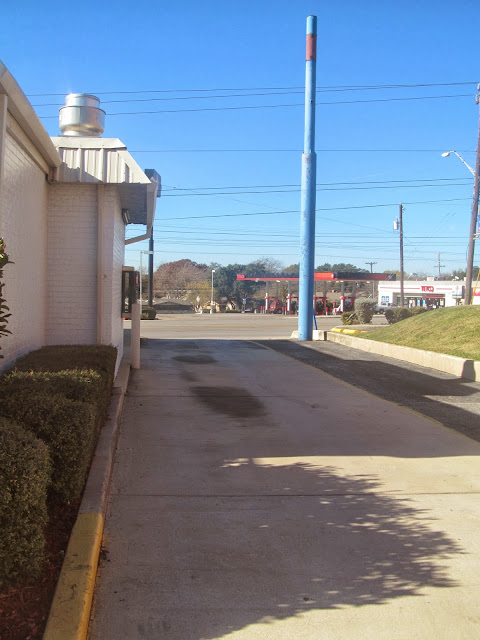 Tee-hee, I'm walking through the drive-thru!  Complete with oil stains.  For those of you  not familiar with Whataburger, there is actually a lot of waiting involved.  When they say they don't make your food until you order it, they mean it.  It's fast food in name only. 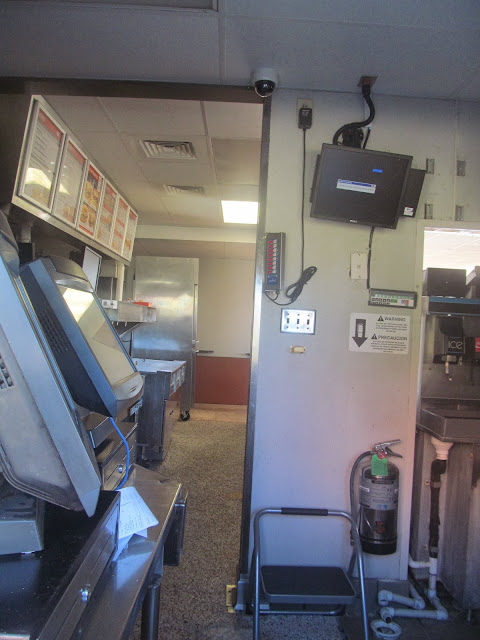 It was when I was taking pictures through the drive-thru window box that Bobbie realized the really weird thing about the Phantom Whataburger. 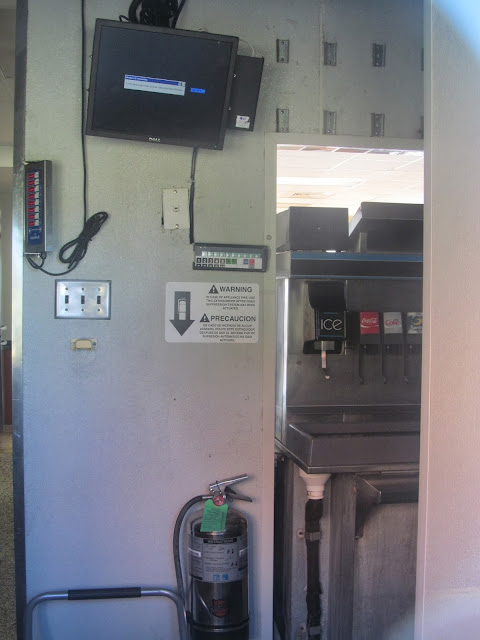 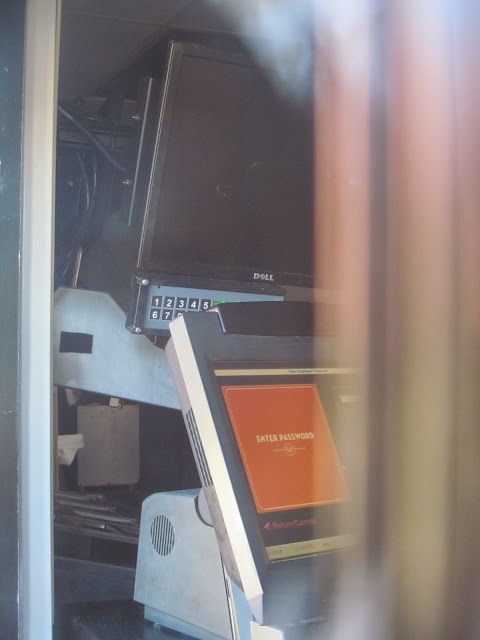 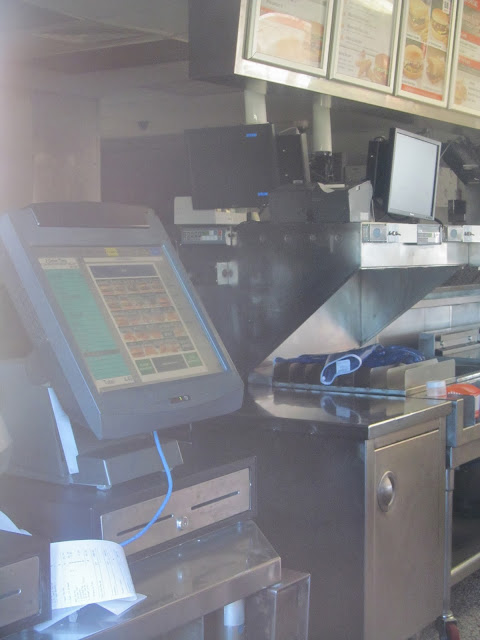 The POS seems to still be up, there are fry boxes and salt waiting... 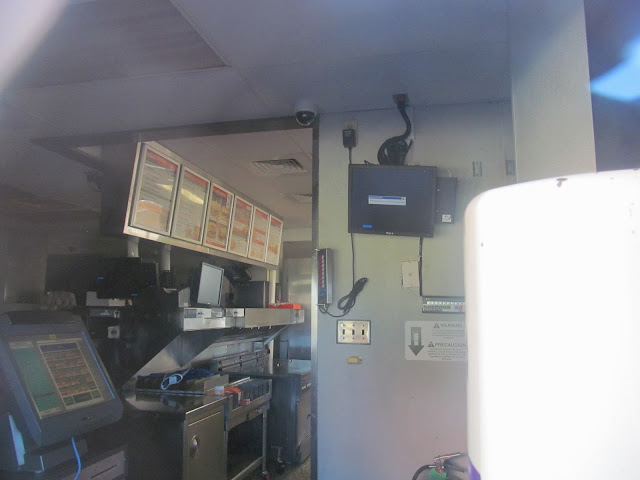 Kind of a pulled-out picture of the same area.  You can see the entire menu board is up.  The orange box below it on the far end is one of their condiment trays, and it was fully-loaded with condiments.  You can sort of tell, if you look at the reflection on the menu board, that one of the overhead lights was still on.

The whole thing is very eerie. 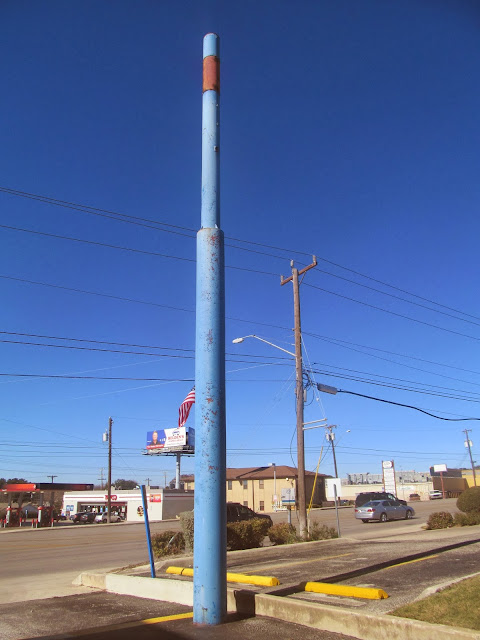 Their sign pole.  They are very serious about no one thinking the location might still be open. 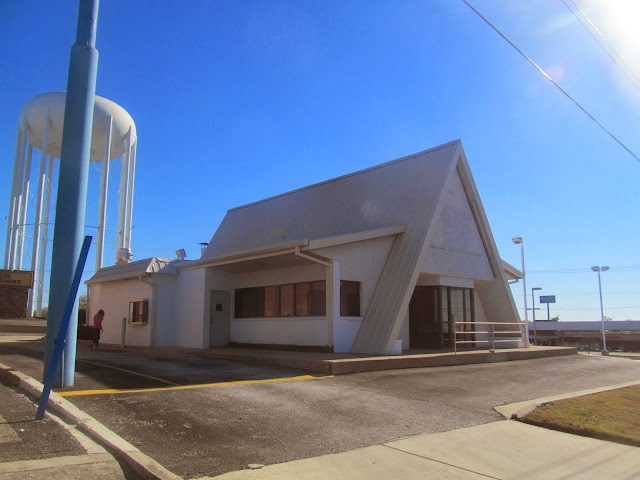 One last photo (that's Bobbie in the drive-thru, looking for a ring Marie thought she dropped).  I have no idea why the electricity is still on.  Part of me thinks I should e-mail Whataburger corporate and let them know they forgot to shut off the electricity.  Part of me is thinking Extra-Fancy Ketchup soup come Zombiepocalypse, baby!