Song of my Daughters, Verse 1: Bobbie 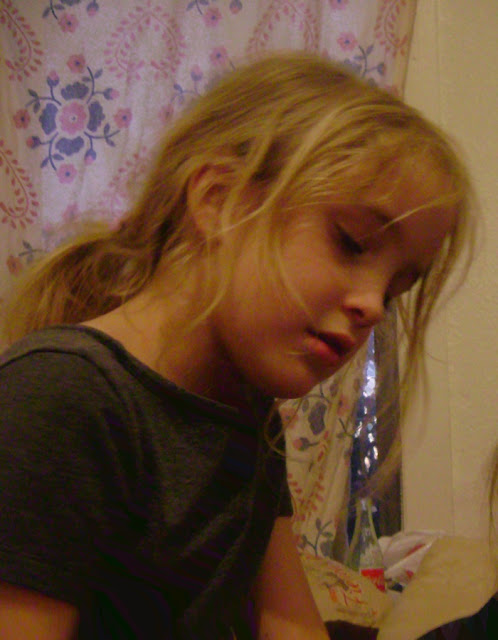 There's something about your first child.  She's the learning curve.  The one who changes your world.  The vanguard, always.

I looked up not too long ago and realized my baby was getting to be a big girl.  I'd like to say I remember the pregnancy like it was yesterday, but that would be a vicious lie.  It has disappeared into the mists of time; it is as though Bobbie has always been here.

When she was born, I was overwhelmed.  She was small and needy and I had zero support there with me.  I didn't know what the hell I was doing, really.  I know I did my best but it felt woefully inadequate pretty much all the time.  She had latch problems because they slipped her a bottle of formula in the observation nursery, and apparently I had overactive letdown (something no one ever tells you about ahead of time) and it used to bug her, because she'd lie beside me to nurse and she'd kick the living hell out of my c-section scar and holy hell that hurt so much I couldn't think straight.  Oh, and she had colic, so she'd scream for about two hours straight every single night, no matter what I did to try to comfort her.  So to be quite honest, there were times when I really didn't like her, even though I loved her with utter devotion.

But it got better, because these things always do, and I learned my first important lesson: everything is transient.  You are not obligated, as a mother, to enjoy every single minute of your child's existence, or even every single day or even every single month.  Sometimes there is nothing to be done for it but grit your teeth and hold on and trust it will get better.  It will.  It always does.

When she got older and not so needy and I got my head back on straight, it was fucking fantastic to be her mom.  It was Bobbie and me all the time.  Her dad was there when he could be, but when he was underway it was the two of us, like way back when it was me and my mom, but I was determined she'd look back on things and be happy about it, dammit.  No reliving stuff through my kid, just making sure it was better for her, know what I mean?

Good as she was as an only child, she is so much better as the biggest sister.  She's amazing.  She's a little mom to the others, which is sometimes good and sometimes bad (girl still has the ability to set me off that's second to none).  She helps out.  All on her own, most of the time.

Bobbie is just...she has this perfect little heart.  It is so beautiful and so pure and she's the sweetest child you could possibly imagine.  The kindest.  She's not perfect by any stretch of the imagination, but I'll forgive you for assuming she is, because she's just that good.  Seriously.  I don't have adjectives that don't sound like I'm blowing smoke up your ass, so I'll put it like this:  Much like I was at her age, Bobbie is unfortunately an outcast at school.  She has a few friends, but no one close, and not in the class she's actually in.  In her class, the kids are either assholes or indifferent, with numbers skewed toward the former.  But she is still good to these people.  Even as they are nasty to her, she is good to them.  She is nice, and she helps them with their schoolwork and she does things for them and she is basically ten thousand times better than they deserve.  And it never occurs to her to be any other way.  If someone is nice to her today, they are her friend even if they have been mean to her the whole rest of the school year. 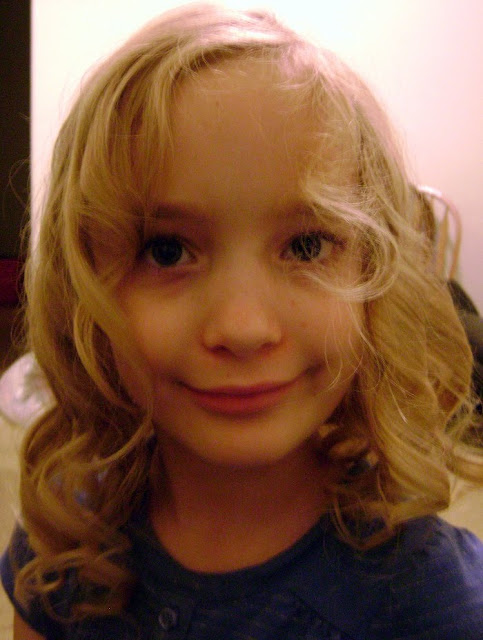 Oh, and have I mentioned that the kid is fucking beautiful?  I keep looking at her lately and thinking that I am going to have so much trouble when she's a teenager.  Well, she will.  Dear God in Heaven do not let her get my boobies...

But yeah, she's gorgeous.  She's always been.  Always.  I can look at that newborn photo of her up there and see the promise of the beautiful child she is now.  When she was a baby, people didn't just stop to tell me she was pretty, they would bring other people over to see her.  And this didn't just happen once or twice, it happened a lot.

Thank all that is holy, she is not high maintenance.  At least, not yet.  I dread puberty, I really do.  I have this feeling she is going to track my own development, and it's no picnic to be 11 and look like you're 16.  Only, in her case, quite likely thin and blonde and really, really beautiful.

So yeah, that's my kid.  She's ethereally beautiful and sweet as rock candy and I know that makes me sound so completely head-in-the-clouds but that's okay.  Believe me, in the day-to-day of existence, the warts show and the goofiness shows and she will do what I told her NOT to do 10 seconds later more often than not.  She is nine and God help me she is way too much like I was at that age, only better in every respect.  My kid kicks ass, y'all.

That was a beautiful tribute to a beautiful child, and timely for me. Today is PFC's 19th birthday and I've been having similar thoughts all morning. Thank you for sharing her with us.
(...and I'm pretty sure she'll do alright; it seems she has a good role model...)

And you, ma'am, are the exact mother that beautiful creature deserves.